A downloadable game for Windows, macOS, and Linux

-"I know every nook and cranny of this place."
-"All you have to do is listen to my voice and do exactly as I say."
-"As long as you trust me, you’ll find your way around."

Such are the words of the mysterious voice who talks to you through a radio.  It wants to guide your path as you traverse a dilapidated hospital in the middle of the night. Your objective: to reach Room 521, and meet the patient awaiting for you there.

But this is not an ordinary hospital: it is a place forgotten by the world, where people come to die. And you're not the only living being lurking its halls. Will you reach Room 521 in one piece? Who is the mysterious voice guiding you through the radio? And can you really trust them?

"radio.Signal" is a horror-themed Visual Novel about traversing a hospital in the dark, guided only by the voice of a friend through a radio. Across the 5 floors that separate you from your goal, you'll have a chance to explore, make good and bad calls, learn more about your past and the voice talking to you, and maybe encounter a being that is not of this world.

You are free to listen to the voice and follow their instructions. Just remember, when the time comes, that you can MUTE him and choose a different path.

(Credits inside the About section of the game)

Finally found the ost!!! It's Cobalt by Scott Buckley :D, not on Spotify tho.

Fascinating, I love the idea of the game and the way it was executed as well. I like the fact that the identity of the narrator is left out and will be looking for more games this developer!

Really like your unique horror titles. I would love to see you participate in my Game Jam. https://itch.io/jam/1-night-of-horror

Quite amazing. Feel a bit confuse at first, but shine perfectly at the end.

Played through all the endings and thoroughly enjoyed every aspect of the game, got your message and it was really moving and motivating to keep working to improve myself and my gamedev skills! Thanks for making this

Wow, I wasn't so sure about this game at the start, but it really hit in the feels at the end. Damn fine job!

Absolutely loved the game, played this and (Don't) Open Your Eyes and I'm very excited to see what you do next! I also included you in an itch.io games video <3

The Greatest Horror Games' Developer returns! Really amazing game, buddy! Really enjoyed it! But I wasn't able to complete it in 1 episode so I made an entire series lol 😂. Anyways, here's the link! :https://youtube.com/playlist?list=PLP6iAdqvGsJ8U6TwEetyOkgjnD_ZPHD7H

BTW, Check the last episode for my feedback! Luv you guys' games and hope your next games comes out ASAP!

The radio.signal protagonist is like literally the most complex character in the history of visual novels, he's a terrible person but he knows it and feels bad about it which makes him not a terrible person by default even though he's done, and will continue to do, terrible stuff

this game is great! I was wondering - who did the music for the game? Soundtracks are my favorite and I loved the sadness in this music.

Wow. I loved this even more than (Don't) Open Your Eyes, which is saying something. I can't even begin to articulate my thoughts on it, much less in a way that wouldn't spoil the whole thing. I have just one thing to say:

You have no excuse for not playing this. Do it.

Really loved this and the small similarities to Don't open your eyes, like the whole "I know everything about this place", the self-loathing, the visuals...  Though, this had a lot more *action*, especially when you (spoilers) had to follow the radio's instructions with the First Sin going after you! I also really liked you had more endings this time. All in all they had their similarities but they were both really great in their own different ways and I am looking forward to more games!

this was an amazing game .I loved all the different endings. On the 7th ending I felt like it was a time to listen to the author after we had our fun playing .We got a time to connect to the author and learn a bit about what went behind the game also credit to the voice actor like the emotion they put in it just made the whole game feel...real? I don't know how to put it but I loved the game and hope to see some more games in the future. PS. thank you for reading this long comment and thank you via for making awesome games have a nice day.

this was an absolutely beautiful game. not only was it good horror, but the layer of sadness underneath everything gave it such an emotional feel... i was near tears at the end. thank you for creating such a wonderful piece <3

I genuinely didn't know you were the Don't Open Your Eyes dev when I started. Love your stuff.

Very good, I liked the style of your writing.

A great game. The voice acting is really good. We got all 7 endings.

I must wite something after a gameplay.
I was played (Don't) Open Your Eyes first, and I really like that. (It was some time ago) I think... U know, it will be last game with that style of story, of... art. But I'm really happy it was a mistake!
Radio.Signal is a very gorgeous game
I will recommended this game. I hope that helps this game . <3 You made a amazing job!

Reply
Call Me DNA1 year ago

This game is honestly one of my favorites on itch.io! The story really kept me interested and the voice acting was amazing! Let me know when you make another game! I’d be interested in giving it a go!

Best game ever.  Best developer ever. He can do amazing things with literaly nothing, with no resources, or a big team. We have to support developers like him!!! The story of radio.Signal is very Interesting and deep, it has a lot of possible interpretations. The story doesn't have a single way to be reading but multiple.

I'm very proud of Via (love u)

Thank you! It means a lot to have such good support!

This is incredible! I love the atmosphere, voice acting, storyline and most importantly the moral told here!  I also love how the certain parts of the story is left to the readers for their own interpretation.  It fits with the theme well. I look forward to playing more games from you!

I seriously enjoyed this story. And I'm happy that I get to keep replaying it to find the alternate endings. Only one other story interactive game kept me captured, connected, and felt goosebumps while playing and this game surpassed it very far. I hope I get to play more of your games in the future

I really enjoyed playing this game, the writing has to be what I liked the most alongside the voice acting (Do consider them for any future projects, their voice and your writing style mix really well together).

I'll be looking forward to your next project! I'm not much for replaying games at all, but know that I'll be replaying this many times in the future, thank you. <3

I enjoyed playing this a lot! The idea behind the whole story and the experience was intriguing. I can't wait to see the next game that you mentioned in the last ending!

Hello, I played this game and I really enjoyed it, the voice acting was great, and the environment, sound effects were also pretty good, I also liked the art style it was very weird and different but it suited the "game environment" pretty well I really liked it,  and

it was fun finding all the endings, good work :)

I'm not one to make comments so my thoughts might be scattered.

To start off, I really like the story of this game! The atmosphere made me feel both uncomfortable and alert. The story telling,  voice acting, and audio cues were very nice in my opinion. Really nice execution overall!

However, I don't know if this is intentional or not but I found some lines from the voice weird like it implied that the voice was in the vicinity or could see the person we were playing as such as his line in ending 2 " Why are you biting your lip and making it bleed?" or something along those lines...

You are officially one of my favourite developers.

I have just got the last ending to this game and I loved it! (Don't) Open Your Eyes was already the best horror visual novel I'd ever played, and yet somehow you topped it. The concept is so creative and is such a clever use of the medium, I found myself sucked in from the very first choice and genuinely feeling uncomfortable. Not gonna lie there were a lot of times I pressed the mute button before it became available because the radio voice was genuinely freaking me out and I wanted it to shut up. The writing was on point, everything felt so natural yet unsettling, and I especially loved how used the visual novel mechanics to give every character their own separate voice.

You said that you couldn't add as much as you wanted due to time constraints but this was still an incredible experience that you should be extremely proud of, and I cannot wait to see what you come up with next.

i played through this just now and it's brilliant! i love the story and the overall vibe of the game: the eerie music, the dreadful atmosphere, and the mysterious background all contribute to the creepiness of the game.  aside from that, i love how the story isn't all its made out to be! i love how you explore more and more of it with each floor, with each memory, and the 2 main endings were brilliantly done. i admit i cried a little at the second ending because the message was just so. good.

plus, the voice being all a mystery is one of the highlights of the game for me. who are you talking to? is it your friend? an enemy? yourself?  anyway, sorry for gushing, but i loved it so much! i think you did well making it a horror and mixing up other element in it as well!

Reply
Via1 year ago

aww, thanks! It means a lot that the 2nd ending had such an impact! Glad you enjoyed it.

first download hope its as good as it looks

Reply
Via1 year ago

I hope the same! 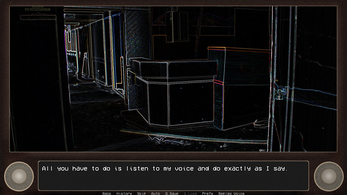 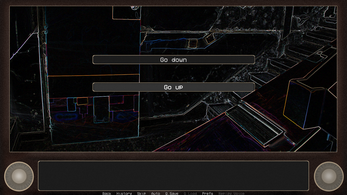 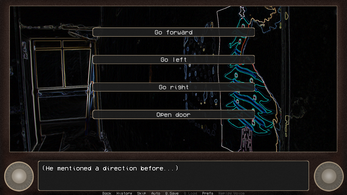 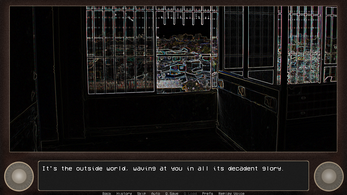 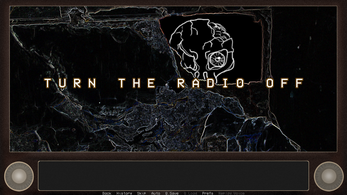